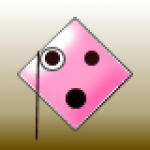 Kenyan scientists are testing the efficacy of a herb used by traditional healers to find out whether it speeds up recovery from Covid-19 as the search for a cure for the disease intensifies.

Researchers from the Institute of Primate Research (IPR) told us that the studies would first be done on monkeys before being conducted on humans.

The institute, the largest such facility in Africa, will use some of its 250 monkeys for the research.

They plan to test an extract from a plant known as Ajuga remota, known as Wanjiru wa Rurii in Kikuyu, and which has similar characteristics to the herbal remedy from Madagascar, which is sourced from the plant Artemisia annua, for its potency.

“We believe that if the herbs are put to the test, they can help bring us close to finding a way to deal with Covid-19, Dr Peter Mwethera, a senior research scientist at IPR said.

The scientist, who helped develop what could be the world’s first HIV killer gel, added that the herbs had shown promise in slowing down the effects of Covid-19.

Ajuga remota was traditionally used by the Kikuyu, Embu and Mbeere to treat malaria.

In a similar move last month, the Kenya Medical Research Institute (Kemri), also started testing the efficacy of an herbal medicine known as Zedupex, developed by Kenyan researchers in 2015, which has been effective in treating herpes.

Dr Atunga Nyachieo, the chief of research at IPR, said that apart from testing the effectiveness of the herbs in controlling the spread of the virus, the centre was working on formulating an immune booster to help those who might already be infected.

“We’re also requesting those intending to develop new vaccines by testing them in Africa to pass them through IPR as we are the only dedicated primate research institute in the whole of Africa,” he said.

The research comes after the government set aside Sh250 million to support the institute to offer Covid-19 testing and research.

“Other than receiving swabs to conduct tests to find out who is infected, we have also requested for blood samples of the Covid-19 infected so as to support research in coming up with a cure or an immune booster,” Dr Nyachieo said.

Although the institute launched its Covid-19 testing drive last Monday, mass testing is yet to start due to lack of test kits and reagents, which are expected in the next two to three weeks.

“This process will be managed by two personnel shifts of 12 hours each daily. It will enhance mass testing power to ascertain the spread of Covid-19 in Kenya,” Dr Amina Mohammed, the Cabinet Secretary for Sports, Heritage and Culture, said during the launch of drive.

IPR, a department at the National Museums of Kenya, falls under Dr Mohamed’s ministry.

According to Dr Hasting Ozwara, the institute’s director, the facility can conduct 300 tests daily for  the next 90 days.

“The number will go up with time. We plan to get reagents the same way other facilities have been getting,” Dr Ozwara said.

IPR has ordered kits directly from manufacturers outside the country he said.

Dr Ozwara added that the institute has a budget to test 27,000 samples in three months.

Nation also established that the wrangles over  how to spend the Sh250 million has partly contributed to a delay in starting the tests and research into Covid-19.

Some of the senior researchers, who requested anonymity,  questioned the procurement of some of the items, saying, they were over-priced.

They also claimed that a number of the items procured were not essential—allegations Dr Ozwara denied.

“We have sourced all the products following all the laid-down government procurement procedures,” he said.

While the results will be released after 24 hours, Dr Ozwara said, the molecular detection and testing of Covid-19 (polymerase chain reaction (PCR) testing is slow.

He, instead, rooted for antibody/antigen testing, which  the institute is preparing to embark on. “We are preparing to start undertaking serological testing because it is the most realistic approach for mass testing,” he said.

Unlike the PCR tests, serological testing is done to ascertain the recovery rates within a population with a view to informing key decisions. It can establish the total number of people who have been exposed to the virus.

The PCR method uses swabs, but serological testing uses blood samples to establish if there are antibodies that are produced in response to an infection. The test is much faster and cheaper, Dr Ozwara said.

“We are currently testing kits in readiness to start serological testing,” he said.

The IPR boss said that IPR is validating the kits so that it can start testing as soon as it gets the go-ahead, and as soon as the World Health Organization (WHO) issues guidelines on how the tests should be done.

Noting that the PCR process is slow, he said: “That is why we have done under 100,000 tests in a month. It needs to be backed up by serological testing.”

IPR has already set up a testing centre for Covid-19 to avoid mixing it with other tests. Currently, there are another 20 laboratories in the country undertaking Covid-19 testing.

Experts have argued that increased testing of Covid-19 is important for countries to be able to control the spread of the virus.

In the past two weeks, the number of samples being tested has increased, but the numbers could be more if adequate testing reagents are available.

The institute is also undertaking research using animal models to understand Covid-19 progression and “dynamics in humans and progression of research tools such as DNA libraries to support Covid-19 research”.

3,742 thoughts on “Herbs could soon be covid-19 cure, local scientists”